The German-born filmmaker living in Namibia since 2009, is popularly known as the Director of the award-winning feature film Katutura (2015) and short film Everything Happens for a Reason (2013).

Schott is currently in preparation to direct a crime series in Germany which will be shot between July and August. Apart from that, Schott is also developing his second feature film; a survival thriller in the desert- and a comedy TV series that he hopes to be able to shoot in Namibia in the next two years.

The Business That Is Film

Is the film business fair? Particularly, in the Namibian context. How do you make the apparatus work for you?

It’s difficult to talk about fairness in film as it is such a creative business, but still so controlled by the access to money. Privilege definitely plays a role. I had the chance to do unpaid internships on films for over a year before my first paid job, and I know that many people just couldn’t have the opportunity as their financial situation wouldn’t allow for that. For me; working harder, constantly developing, writing has worked so far. People don’t wait to spend money on your film, you have to bring the ideas, the work, the people, then you might get a shot.

How does working within tight restrictions (time, money and talent) force you to be more creative? What have been your lowest (and highest) budget films to date?
Any film comes with restrictions but that’s where your creativity gets challenged the most and sometimes the creative way to deal with a restriction might be the more interesting solution than your original idea. My lowest budgeted film was definitely “Everything Happens for a Reason”, which cost around N$12.000, right now I’m working with the highest budgets I’ve worked with so far.

Do filmmakers have any responsibility to culture? Do you feel that being a creative person requires that you give back or tell a particular story or not do something else?
I think filmmakers should be part of creating a culture. We can tell any story we like but in general, we should try setting an example of a culture and mindset for the future, not the past. 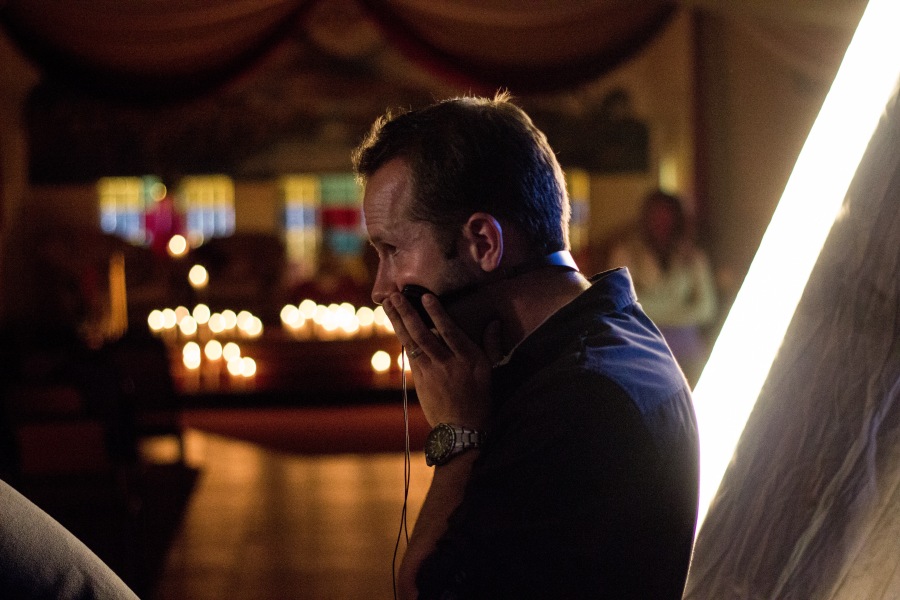 What was the hardest artistic choice you made as a director, at any stage in production?
That’s a difficult question. As a director you have to make a few hundred choices each day, some harder, some easier, from scripting choices to Cast to locations to every piece of Costume, vehicle, prop, hairstyles, the feel and rhythm of the film, the look, camera angles and movements, sound, music and so many many more. All of these choices combined will create the final film, so I couldn’t single out anyone in particular.

Thoughts on the Namibian film industry? What should be done to further grow the industry?
I feel that we have to try to get a wider range of films made – and then get them out into public view. As our population is quite small we can’t rely on big budgets as these will be hard to get back. We should try to get an infrastructure which allows filmmakers to make more films with a comparatively small budget, telling personal, truly Namibian stories.

What kind of routines do you tend to keep around writing or filmmaking, or do you even have one? How does a typical day (for you) begin?
This really depends on the stage of production. My day writing is completely different from my day developing to my day prepping to my day shooting to my day editing. There is no special routine. Just get the work done. I try to look back at any week and see that I made significant progress with one or more projects. That fuels me for the next week.

Where does an idea for a movie usually begin for you?
Literally anywhere, anytime. I woke up in the morning with an idea to a film before, some come to me while thinking about something else, some might be a mix of other ideas you had before. So there is no system, just me trying to write down every idea I have, and once in a while checking up on my ideas to see which one is ready to grow.

What role have film festivals played in your life so far? Why are they necessary? How do you get the most out of them?
Every year I plan on spending more time on film festivals as it is a great opportunity to build contacts and develop the contacts you have already, work on collaborations. Unfortunately, there is never enough time as so many times my production schedules clashed with the timing of the festivals. But I plan on utilizing them much more in the future.

Is it essential to go to a film institute in order to become a successful filmmaker?
I have never been to a film school so no, I don’t think it’s essential. I quite like a quote by Quentin Tarantino: “I didn’t go to film school, I went to films”. You need to be taught film, but you can choose what the best way is for you. In my youth, I was working in a cinema, watched as many films as I could and read all I could read about it. Nowadays the internet and youtube make learning about the film even easier. An advantage of film school is the contacts you make though, to other filmmakers, to actors, getting equipment, getting something done – much easier than in the ‘real world’. So I think it’s up for everybody to decide for themselves what might work best for them.

In your experience, are Namibian actors easy to give direction? Do they tap into character/emotion easily?
That is not something one can generalize. Every person is different, every actor has a different approach to their craft, every actor has different upbringings and life experiences, no matter where they are from.

(Schott and his wife, Cherlien at the premiere of ‘Katutura’)

Does race or gender make any impact on your work?
This is a difficult question. As I am a filmmaker that lives in Namibia but grew up in Europe I do ask myself a lot which stories I can be telling and which maybe require a different voice than mine. I discovered the joy and importance of collaboration. I do for example want to make a film with a strong black female character, but I feel that I need a black female voice for that. So I try to create opportunities for myself to learn, to listen and to grow.

Do you find the process of working with other collaborators difficult or essential (or both)?
The film is a collaboration. For me it’s essential. You can’t do a film alone, it will grow and change and become its own thing only through the hard work of many creative people.

Your top five films?
I don’t really have a top five. There are too many fantastic films, for several different reasons, that this list keeps changing based on where I am in my life and there are many masterpieces in all different genres.

If you got the opportunity to remake a classic, which one would you go for?
There are so many great stories out there. Why remake a classic if you can create something fresh?

If you got the opportunity to go back in time and change something in any particular movie of yours, then which movie and what changes will you opt for?
On any of my films, there are loads of things I would do differently if I would do them now. But these films and all of these choices I did came from me at that time, so all my films are a reflection of my development.

What was the last great film you saw? What was the last great book you read?
Woah, as I’m close to shooting I am so involved in the stories we are about to tell that it is really difficult to single out a single film or book. There is the joy of watching a really great film or a really great book but it’s always the time after a project that I try to really catch up on watching more and reading more.

WATCH: Everything Happens For A Reason: