This sensual gay romance cuts deep into traditional masculinity and queerness. Set in the mountains of South Africa’s Eastern Cape, it centres on the Xhosa tribe’s circumcision ritual.

South African musician, Nakhane Touré stars as the leading figure, Xolani, a soft-spoken, secretly gay factory worker. Xolani joins the initiates each year as a caretaker, counselling them and helping them properly care for their wounds. Xolani also takes the trip as an opportunity to resume his sexual relationship with childhood friend Vija (Bongile Mantsai), another caretaker, who happens to be married to a pregnant woman back home. Vija, delivering well on the good ol’ ‘homophobia is gay’ line, acts out performative masculinity.

Events unfold through the eyes of Xolani, who strongly holds the film together. This character mentally calculates his every move so as not to raise suspicion among his fellow caretakers.

Assigned as a mentee to Xolani, is young gay city boy Kwanda (Niza Jay Ncoyini), who continuously delivers spicy clapbacks and stands up for himself in an environment which encourages masculinity. Kwanda, who comes off as spoiled and ‘woke,” continuously challenges his mentor’s comforting lies, while at the same time outraging the tribal elders with his reluctance to follow the ritual like his fellow mentees.

First-time director and co-writer John Trengove, powerfully tells an angrier condemnation of toxic masculinity and the damage that it causes.

Overall, the ending leaves something close to a fall of your enjoyment, pasting confusion and a little frustration in your mind long after the credits start rolling. 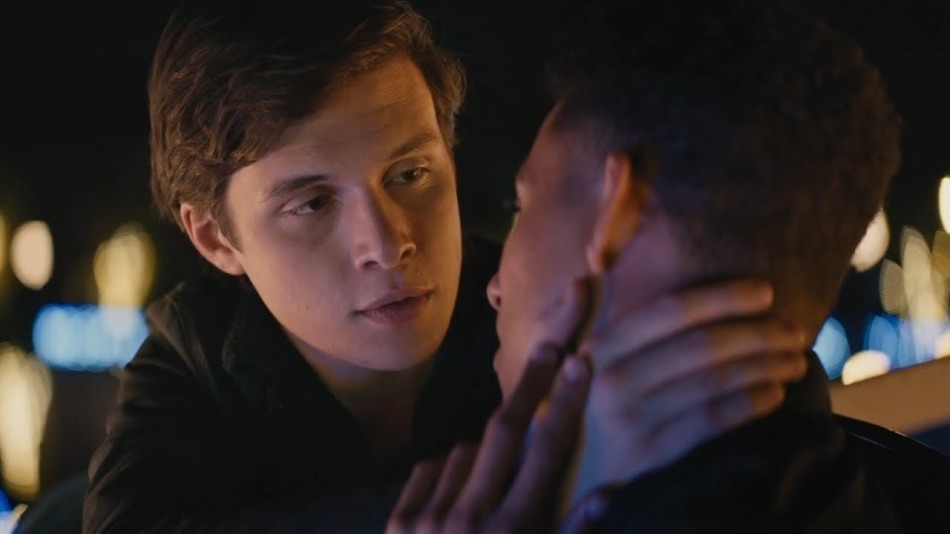 Screaming Love is Love, ‘Love, Simon’ certainly gives- and rightfully so- the impression that coming out is easier and that people have opened up more and more about homosexuality. If you are tired of watching gay movies that push you down the depression hole, this movie will definitely give you hope that the future is brighter for LGBTQ+ people.

Simon, played by Nick Robinson is a high school kid who doesn’t have a life too rough in any way, except, of course, the secret he holds of his true sexuality. Simon struggles to dig up the courage to come out to his family or friends, and his sole confidant is an anonymous pen pal, a boy at school, who admits to being gay as well.

The plot is interestingly engaging with love interests who will clue you to the screen. The movie has a nice aura to it, if you enjoy a good teen movie, that is. The movie provides a sense of assurance to closeted gay teens that everything will be okay.

To stretch the plot, Martin (Logan Miller) discovers Simon’s secret and agrees not to publicize it in exchange for Simon’s help to play his wing-man in getting the attention of Simon’s friend, Abby, played by Alexandra Shipp.

Although Robinson has that boyish charm that will make your heart melt, the casting of a heterosexual-identifying actor in such a high-profile gay role, is a bit sloppy. Regardless, this film is a phenomenon.

If you haven’t watched both of these films, I recommend you do so. If you have, you need to watch them both again. Watching ‘The Wound’ before ‘Love, Simon’ will do you so much good. Both these films are healing, in their own unique way.