Breaking News: ‘Salute!’ & other Namibian Films You Can Watch Online For Free While Under Lockdown

Untitled follows the lives of seven young artists, (writer, model, visual artist, singer, poet, actress and comedian/MC) who are struggling to make it in the ever-changing art scene of Windhoek.

Season 1 of the series, filmed around various locations in Windhoek, follows the individuals as they navigate their way through life and their passion whilst struggling with finding their artistry and support.

In contrast, the web-series tackles the themes of undermined artists, their identity in finding their path and the artistic culture in a developing nation.

This new web series is suitable for everyone but would be most loved by young adults and those up to 35 years old. The series is self-funded with some financial support from the Namibia Film Commission and created by Dark Brown Productions.

Best newcomer actress nominee, Lavinia Kapewasha is the director of the web series. Kapewasha co-wrote the series with award-winning writer, Jenny Kandenge. They decided to put heads together to write the script because they both wanted to get their leg into the film and television world. 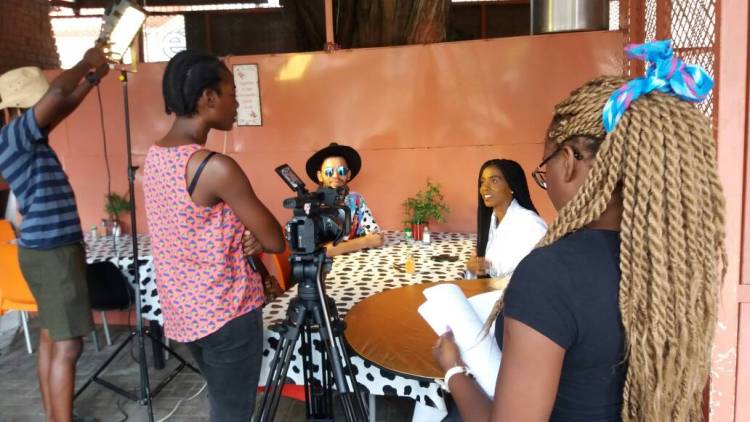 The storyline is derived from their own experiences, those of their peers and friends. According to the two, the show transcends them as they wanted to expose the hard work, diligence, and suffering that artists go through for their craft. This, they say, gave them the passion and zest to tell this story.

Earlier in 2018, Kandenge attended a Youth Film Programme in South Africa. The Namibia Film Commission, and the National Film and Video Foundation of South Africa (NFVF), partnered on this programme to host a six-month mentorship and hands-on-training programme for emerging young filmmakers.

Namib Insider sat down with Kandege and Kapewasha to talk more about the film:

How is this production bringing something new to Namibia’s film industry?

It is the first ever Namibian web series created by young females, with a young cast and crew. We are trying to make Namibian storytellers, especially the young, inspired by how we took storytelling into our own hands. It’s capturing the lives of the characters with a fresh lens, everything was trying to do might not be new, but seeing it from our eye it is fresh and new.

What’s going to surprise people about this series?

The tenacity we tried to convey. We made bold choices in how we told the story, shot the story and how the character and story lives. It makes a statement, so people will be
surprised by the statements made- a little controversy doesn’t hurt.

Inspiration for the series came mostly from our own struggles as young creatives trying to have a career- there is a lot of undermining of the artist in our country and we wanted to show people what it is like being an artist.

Who in the series is most like their character?

The rest have similarities, but the most different might be Freddy Mazila – who plays Martin and Rodelio Lewis who plays Adrien.

Untitled will officially launch on 2 September 2019 and will be available to stream on YouTube here. Episodes will be updated on a weekly basis. 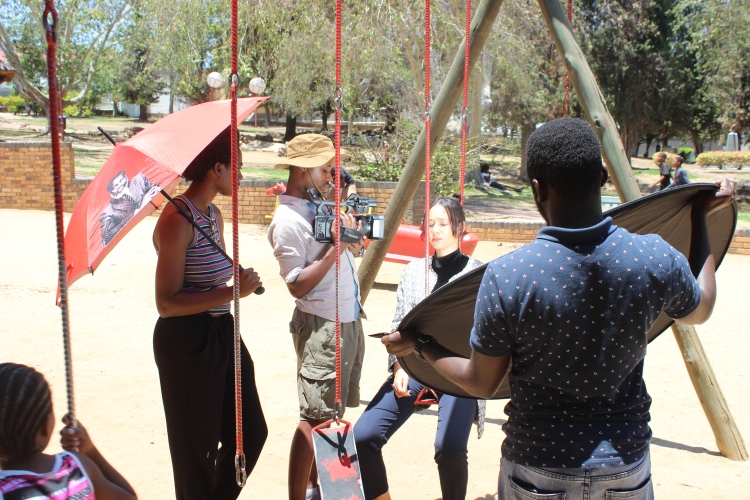 One thought on “Everything you need to know about Namibia’s new web series, ‘Untitled’”